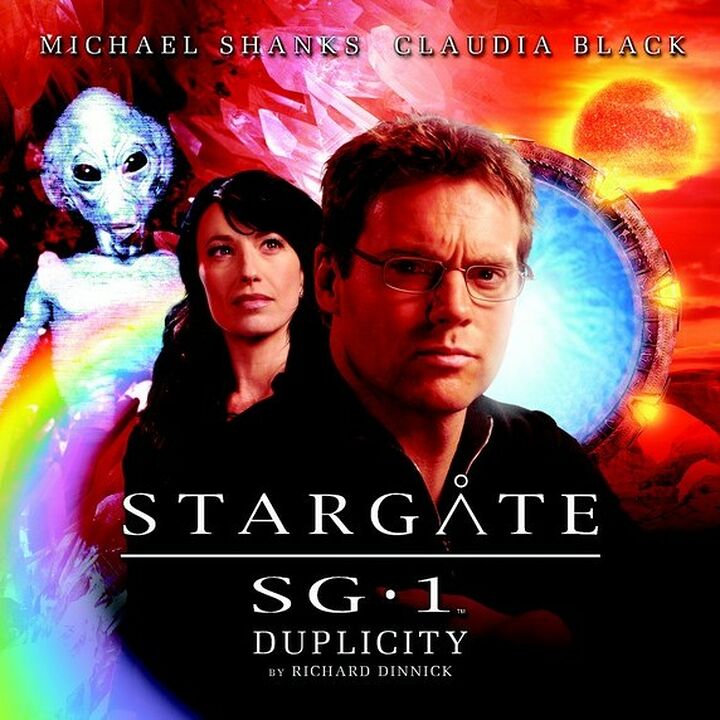 A series of thefts from a planet's library piques Daniel's interest, so he and Vala investigate.

With some help from Keto, the pair go undercover in an attempt to find out why the treasures are being taken.

But in a spaceport where the locals find it difficult to trust anyone, are they wandering calmly in front of the barrel of a gun?

I have been a fan of Stargate in all its guises since 1994. The Stargate SG-1 series, though, really grabbed me and I have all the seasons on DVD lined up on a shelf. Of all the team members, commanding officers and adversaries, my favorite character is Vala. I love Claudia Black's comedic yet heartfelt performance. What a dream to be writing for her and Michael Shanks: Stargate's odd couple!

The whole experience was wonderful, which a fantastic production team in the guise of Paul Spragg and Jim Swallow. We had a writers' room brainstorming session which was my first experience of such an environment. It was blast! I came armed with a notebook of ideas and we gradually thrashed out what we wanted to do with the series and its two trilogies.

I was really glad to be assigned to the second one. There's a lot if mythology from the TV series in these three stories. But it's not a one way street by any means. We've added layers to the mythology and built up new characters. I had a lot of fun writing Duplicity (look out for the squirrel!) and hope you find it equally enjoyable.