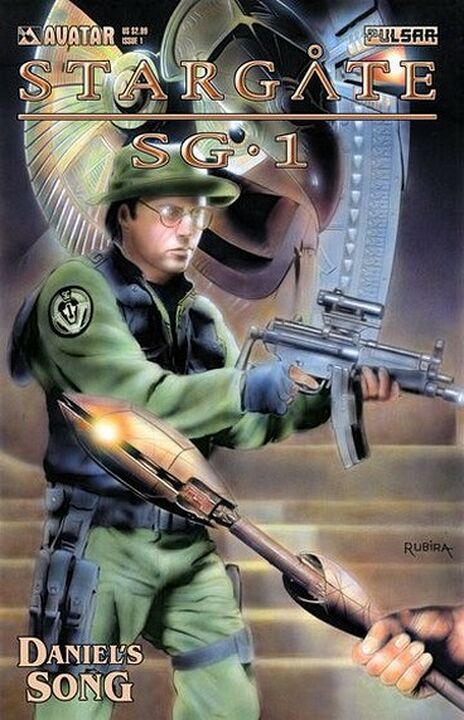 The SG-1 team discovers an ancient alien device that promises to bring "peace to the past." While attempting to decipher its glyphs a sudden electrical discharge engulfs and throws Daniel unconscious to the ground. He wakes on Abydos to find Skaara and Sha're are still alive and free of Goa'uld possession. Somehow he has been transported into the past before the arrival of Apophis and has been given another chance to save his wife and the people of Abydos.

Determined not to make the same mistakes again Daniel prepares an ambush for the System Lord in an attempt to change the outcome of this pivotal moment in his life. When the Goa'uld arrive he springs the trap but is not prepared for the unexpected consequences. Is this a chance for Daniel to right a wrong in his past or will his interference cause of series of events that will shake the very fabric of time? Available in regular, photo, wraparound, and a special Glow-in-the-Dark cover that is limited to 1000 copies.