Stargate SG-1 : A Celebration of 10 Years 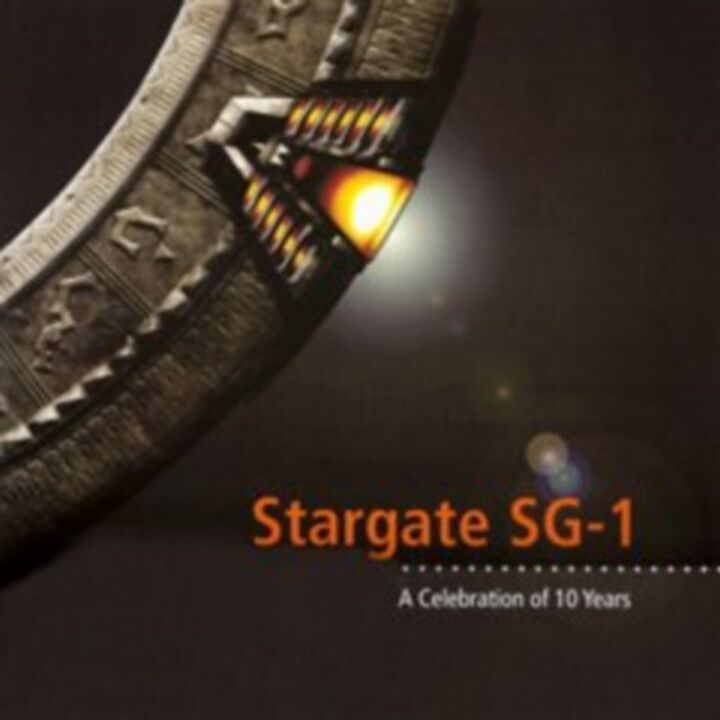 Here's your chance to own a RARE, AUTOGRAPHED piece of Stargate history!

For a decade Stargate SG-1 has led science fiction fans through a portal to a thousand worlds. Now, as the historic series draws to a close, the crew and cast of the enduring television series look back on 10 years of the show in this rare and very unique project.

"Stargate SG-1: A Celebration of 10 Years" is a glossy book that includes 151 full-color pages of never before seen pictures, stories, and memories from the Vancouver, British Columbia production. Twenty-eight key people who have been with the show since it's beginning (plus a few who joined later) contributed to the book.

Produced by Stargate executive producers Robert C. Cooper and Brad Wright, the book was handed out to every member of the cast and production crew as gifts at the show's 200th episode party in Vancouver on August 18, 2006. Only a little over 1,000 additional copies have been published to date, and are being offered to fans exclusively at the GateWorld Store.

AUTOGRAPHS: Every book is autographed by (at least) one main cast member (Season 10) and one producer. Unfortunately, we cannot accommodate requests for specific autographs.

Take it to conventions! "A Celebration of 10 Years" includes four blank Autographs pages, where you can make your volume truly one-of-a-kind.

Don't miss this opportunity to own a piece of Stargate SG-1 history as the cast and crew look back fondly at a decade of adventures.