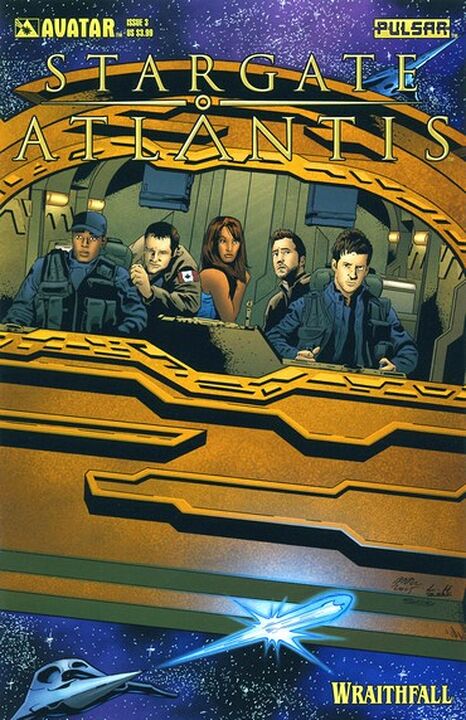 This is the action-packed conclusion to the first comics adventure from the acclaimed Sci-Fi series! Stargate Atlantis has just been renewed for a fourth sense-shattering season, and this three-part all-new epic comic book series is just what those millions of fans have been waiting for!

Teyla and Ford launch a dangerous mission to rescue Sheppard from the Wraith laboratory. But will their actions doom an entire world?