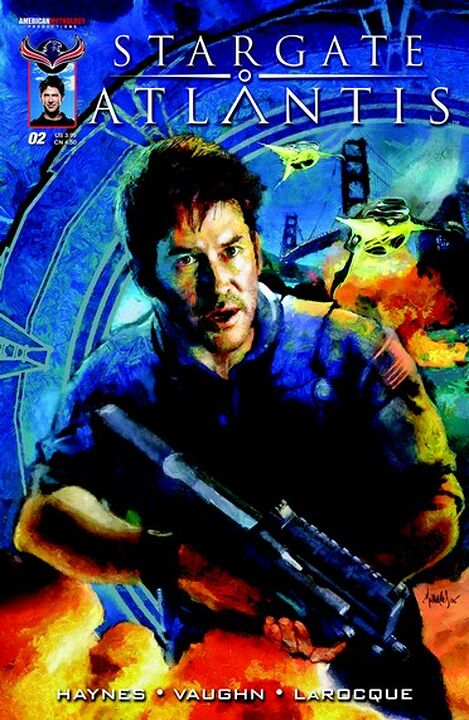 Stargate Atlantis is back with a brand new monthly comic book series that continues the television series continuity and is jam packed with fun extras! Comic illustrating legend, Greg LaRocque (Flash Return of Barry Allen, Web of Spider-Man), joins the team of Mark L. Haynes and J.C. Vaughn (Fox's 24) to deliver the next official chapter in Stargate Atlantis mythology.

Following the destruction of the Super Hive ship Atlantis and her crew find themselves stranded on Earth. But a startling discovery sends the team in search of a new Gate system and reveals that the horrors of the Pegasus Galaxy are not far away. A new threat rises to challenge the crew and stop the city from returning to its rightful place. Come with us on this new comic book season of Stargate Atlantis and join the fight to get #BackToPegasus!