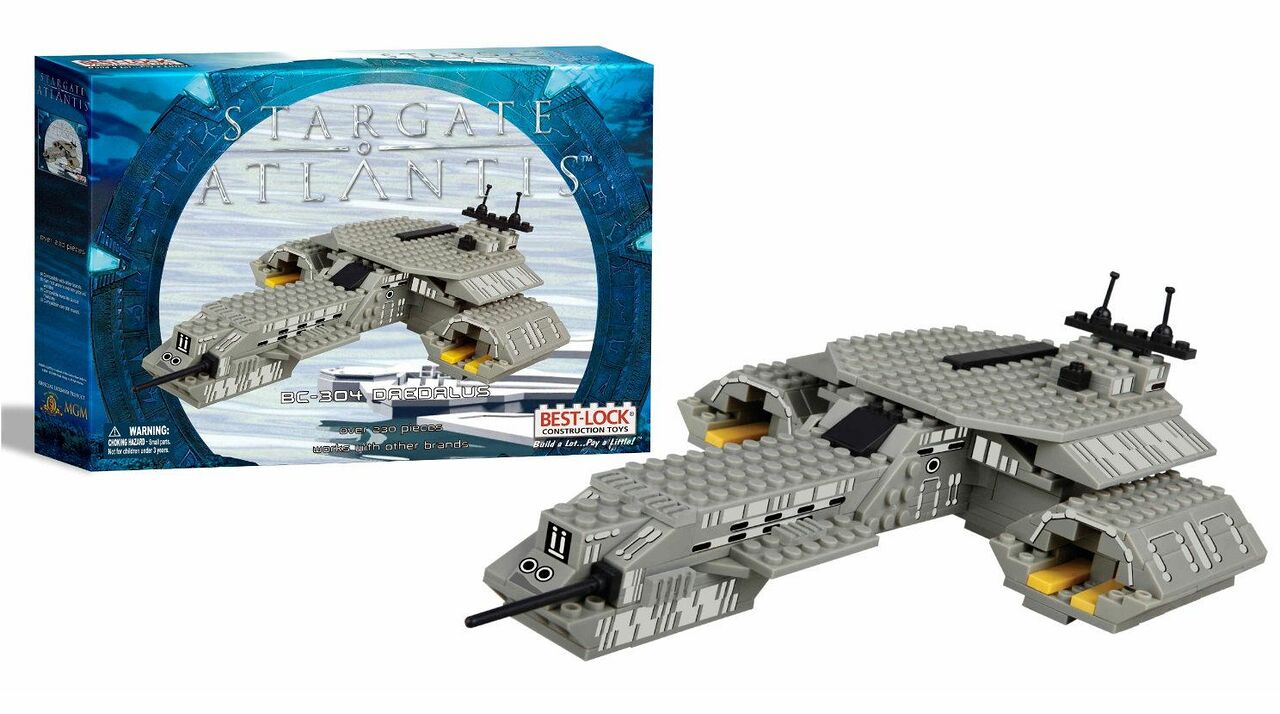 Prometheus was great. She was the first of her kind; outfitted with Asgard tech along the way, she definitely did the trick. But, when her sister was made, all her defensive equipment was integrated during production, which gave her that edge. 32 Railguns, Mark VIII and IX tactical warheads, and a bay of F-302 fighters... she's more than a pretty pair of fists. And with Asgard shields and beaming technology, the Daedalus is one sweet little lady.

While this Best-Lock model is mere ABS plastic, it's just as magnificent when fully built, albeit smaller and blockier. Just don't try and push her home in 18 days, she probably can't even carry you across the kitchen.

- For Ages 5 years and up
- WARNING: Choking hazard. Small parts. Not intended for children under 3 years of age.
- Over 230 pieces in this construction set!
- Made with ABS plastic
- Officially licensed Stargate Atlantis collectible
- Dimensions: 18.3′ x 13.6′ x 13′ when fully constructed