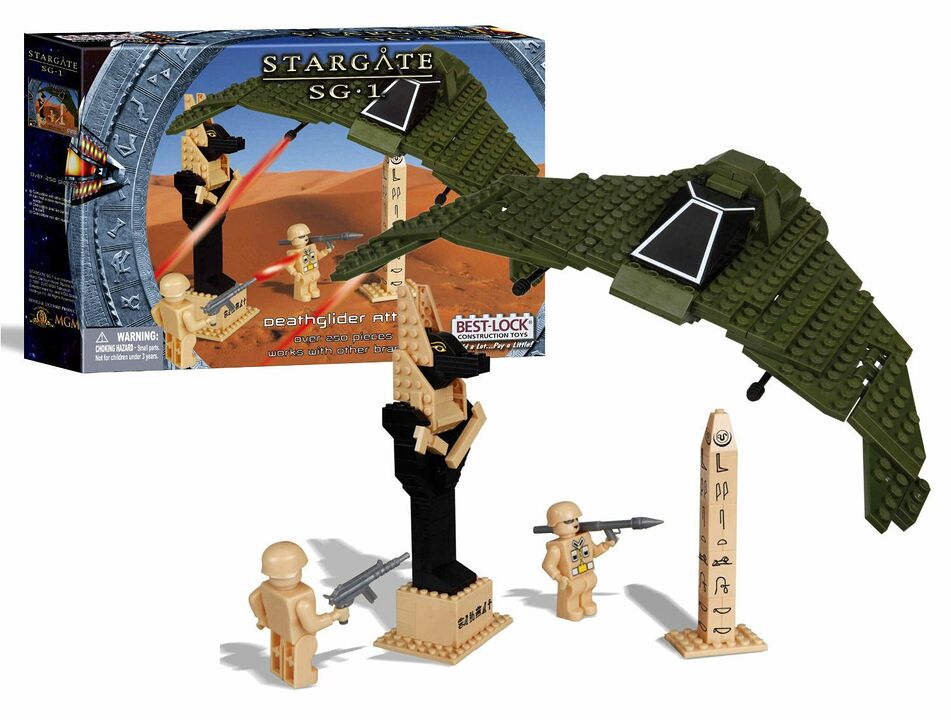 Being the first soldiers sent through the very first Stargate is a pretty big deal. What Carl and Sarah are doing for the Earth - nay, the entire human species! - is truly heroic. After watching them walk through that ominous blue sheen, we weren't entirely sure what we'd hear back. After a few seconds of static, Sarah chimed in and told us it was just a lot of sand, a statue of a dog guy, and a big pole thing.

Months later, Carl and Sarah are still stationed there and enemy forces have moved in to take over what is now called Abydos. We didn't want to waste resources, and it seemed like Carl and Sarah both had a solid handle on things, so we presumed they could take over. Funny thing: they've been battling this one Death-Glider for weeks now and there's a pool going for how much longer it's going to take. Carl is cheating, sitting behind the Anubis statue though, so we might have to send in Steven to shove him out from behind it.

- For Ages 5 years and up
- WARNING: Choking hazard. Small parts. Not intended for children under 3 years of age.
- Over 250 pieces in this construction set!
- Includes pieces for possible models of Anubis, Death-Glider and Obelisk
- Made with ABS plastic
- Officially licensed Stargate SG-1 collectible'