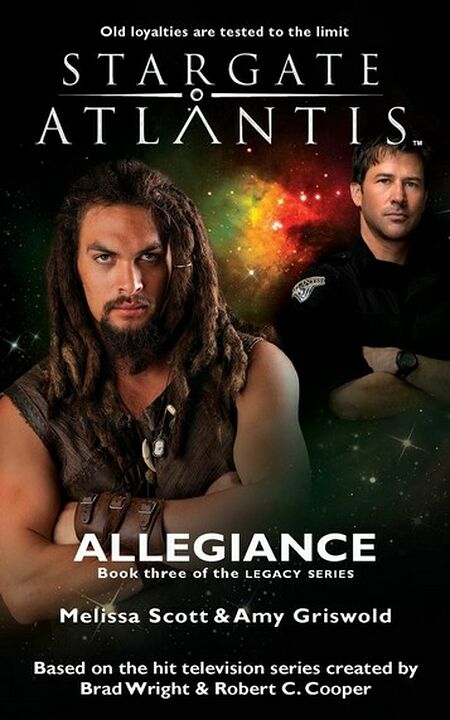 Reeling from the shocking discovery of Rodney McKay's fate, Colonel Sheppard and his team retreat to Atlantis to regroup. With Rodney not only in the hands of the Wraith, but apparently working for them, Atlantis faces a new danger - their own man, turned against them.

While Zelenka and Colonel Carter work frantically to crack the security protocols McKay embedded in Atlantis's computer system, Ronon revisits his past and finds much is changing on Sateda. Meanwhile, Queen Death prepares to make use of her most valuable prisoner; with Rodney still unaware of his true identity, the fate of Atlantis hangs in the balance...

"Oh, not good," Zelenka said, and followed it in Czech with what sounded like something heartfelt. "We have systems shutting down - internal sensors, power to the weapons chair -"

"Get that thing shut down," Lorne said.

"What the hell is going on?" Sheppard said, tearing up the stairs into the control room, wearing sweatpants tucked into the tops of his boots and a flannel shirt he hadn't bothered to tuck in at all.

"This is Rodney's work," Zelenka said. "His programs are shutting down our security systems, and I cannot stop it. I am afraid we are going to lose the iris."

"Security teams to the gateroom," Sheppard said into his radio. "Sound a citywide alarm." Salawi's hands moved uncertainly over her keyboard, but it was only seconds before the alarm sounded. "Put me on citywide," Sheppard said, and waited for Salawi's quick nod before he went on. "This is Colonel Sheppard. Assume that as of now we are facing an attack by unknown hostiles who are trying to get through the Stargate. I want security teams on full alert -"

Zelenka breathed a curse in Czech, all the more alarming because his tone was hushed rather than heated. "The iris is shutting down..."