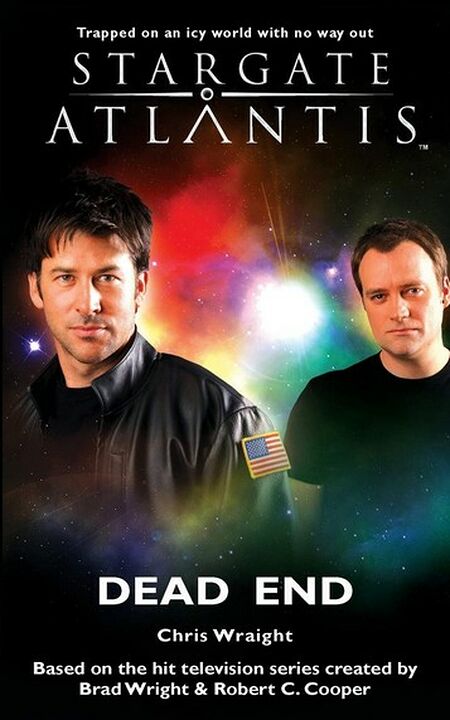 Trapped on a planet being consumed by a runaway ice age, Colonel Sheppard and his team discover a people - and a mystery - long disregarded by the Ancients.

With the Stargate inoperable and their Puddle Jumper damaged, there is no way for Sheppard's team to escape the killing cold. Death seems inevitable until they are rescued by the Forgotten, a people abandoned by those who once protected them - and now condemned to witness the slow death of their world.

But something terrifying haunts their tunnel homes. When Teyla disappears and Ronon goes missing on the deadly ice plains, Sheppard and McKay risk losing their only chance of getting home in a desperate bid to find their friends and save the Forgotten from extinction...

The HUD ran with strange figures. The Jumper lurched sideways, scraping along the edge of the wormhole limits. McKay was thrown roughly against Ronon as the Jumper listed crazily.

"What is happening?" Teyla yelled.

"Ask McKay!" Sheppard snapped, battling for control of the Jumper.

"What? This isn't my fault!" McKay protested, heart thumping with alarm. "This didn't happen to the MALP!"

Unbuckling himself with fumbling fingers, McKay stumbled over to a control panel in the rear of the Jumper - and was nearly hurled straight into it by a fresh yaw sideways. "Keep this thing on the road, will you?"

"You wanna fly?" Sheppard looked like he was struggling to maintain control.

"We've got massive power loss," shouted McKay, desperately flicking a series of controls. "We'll need to use the Jumper's own supply to get us out."

Teyla gave him a sharp look. "Can you do it?"