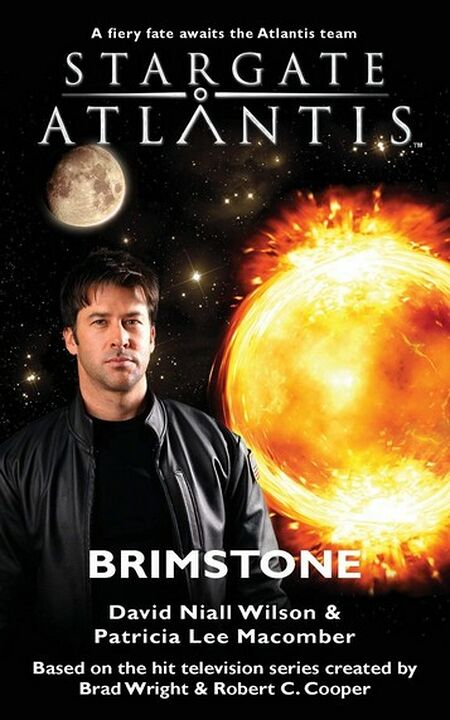 Doctor Rodney McKay can't believe his eyes when he discovers a moon leaving planetary orbit for a collision course with its own sun. Keen to investigate, he finds something astonishing on the moon's surface - an Ancient city, the mirror of Atlantis...

But the city is not as abandoned as he thinks and Colonel Sheppard's team soon encounter a strange sect of Ancients living beneath the surface, a sect devoted to decadence and debauchery, for whom novelty is the only entertainment. And in the team from Atlantis they find the ultimate novelty to enliven their bloody gladiatorial games...

Trapped on a world heading for destruction, the team must fight their way back to the Stargate or share the fate of the doomed city of Admah...

The Woard lifted itself up on one arm and turned. The two combatants came face to face. Teyla was a little shaky, but she held the blade out and stood her ground. The Woard saw her. It tried another roar, but the sound was feeble - a shadow of its former strength and rage. It half rose, and it seemed the effort would be too much for it. Teyla looked ready to drop the blade and walk away, but in that second of hesitation the Woard lunged.

Every bit of its remaining life went into that final attack. Teyla staggered back. She held the blade high, and the Woard's weight drove it down over the cold, hard steel. The creature's momentum took it forward, and it fell heavily atop Teyla, who was lost from sight.

In that moment, the image on the screen dimmed, and grew dark. The panel in the wall closed, and the team were left to stare at one another in shock as the crowd's cheer erupted in the arena above.