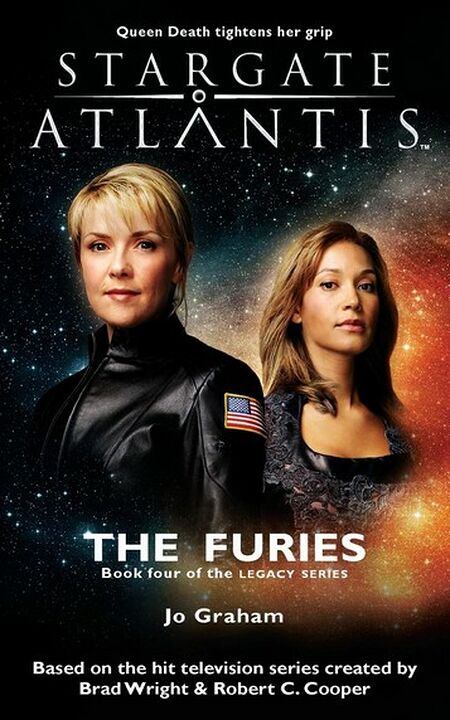 When disaster strikes, the Atlantis team resort to desperate measures in their bid to save Doctor Rodney McKay from the clutches of Queen Death.

With the lives of McKay and Colonel Sheppard at stake, Teyla Emmagan must once again assume the role of Queen Steelflower as she attempts a dangerous subterfuge - a subterfuge made more complex by a tentative alliance with Guide, the Wraith once known as Todd. But in order to deceive Queen Death, Teyla must embrace her Wraith heritage more closely than she has ever done before. So closely that she may lose herself forever ...

As the web of intrigue, deceit and betrayal grows ever more tangled, this thrilling installment of the Legacy series takes the team into the very heart of darkness.

"That is the core of it," Teyla said quietly. "You need us. And we need you. The peoples of the Milky Way will keep you from Earth. That is assured. But I am not of Earth, and there is a limit to what they will do here, a limit we have very nearly reached. The people of Earth will not send enough ships to defeat Queen Death, and we will die."

"Truth for truth, John," she said, her eyes on Guide's. "They have neither the power nor the will to conquer this galaxy. They will leave us to you, and you have already seen where that will end."

Guide took a long breath, perhaps the longest of his life, very long and very strange indeed, his eyes upon this one with the seeming of a young queen but who was not. She was kine. Or half kine, the product of a twisted experiment which had given an animal the semblance of a person, the mental voice of a woman. His answers should be clear, and yet they were not.

His true queen would speak thus, once and away.

His eyes slipped past her to Sheppard. "And when we are done, Sheppard? When we have defeated Queen Death together?" Sheppard put his head to the side as he had done once, escaping Kolya's prison together. "All bets are off."