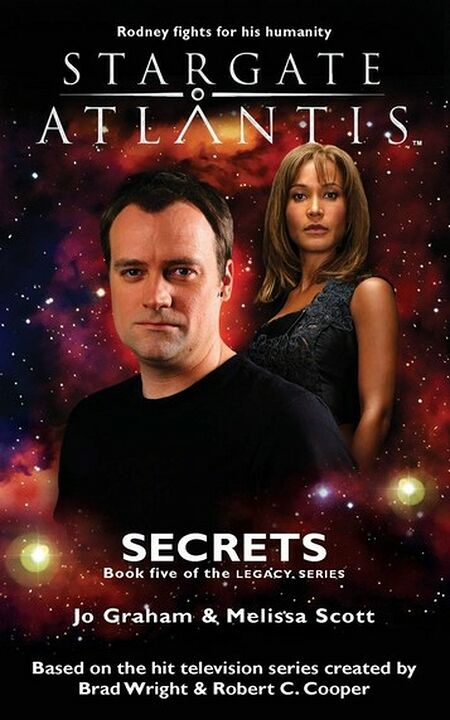 It is the aftermath of battle. Scattered and struggling to regroup, Colonel Sheppard's team face their darkest days yet in the war against the Wraith Queen, Death.

With his help she must journey into the Wraith's distant past to uncover the shocking truth about their origin - and the key to Queen Death's defeat.

Meanwhile, Rodney McKay has a different battle to fight as he struggles to regain his humanity in the face of the atrocity the Wraith have committed against him.

"Is Colonel Sheppard with you?"

"No." Sam wondered if she looked as perplexed as she sounded. "He's not back?"

"No." Woolsey's face was drawn. "We haven't heard a word from any of the team. Nothing." His voice sharpened. "I thought they were to return with you."

Sam shook her head. "That was the original plan, but we had trouble getting in close enough to beam them out. I had a radio message from Sheppard that indicated they had been beamed aboard Todd's hive ship. I thought they'd be back by now."

Sam blew out a breath. If Todd were holding them prisoner they'd be getting demands any time now. But that was less likely, given that Teyla was still masquerading as his queen. "It's possible that the hive ship also took some battle damage," she said. "That may be more of a priority than getting to a gate and reporting in."

A twitch of Woolsey's eyebrows showed what he thought of Sheppard's enthusiasm for immediately reaching a gate and reporting in. "Did they recover Dr. McKay?"

"I don't know," Sam said. "There was a lot of interference on the radio. Sheppard said they were aboard Todd's ship, but I don't know if they had McKay with them or not." She shook her head. "If not, he's dead. Queen Death's hive ship exploded. There would have been no survivors..."