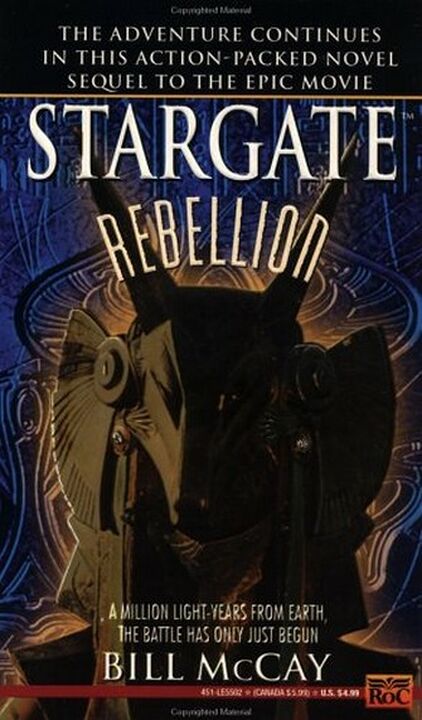 When the crack team of scientists and soldiers entered the Stargate, armed rebellion on a planet millions of light-years away was the last thing on their minds. Now that it's started, no one can ignore it; not commando Jack O'Neil, not renegade Egyptologist Daniel Jackson, and most of all not the newly freed people of Abydos. But both the U.S. Army and Ra's vicious successor, Hathor, have other ideas for the...