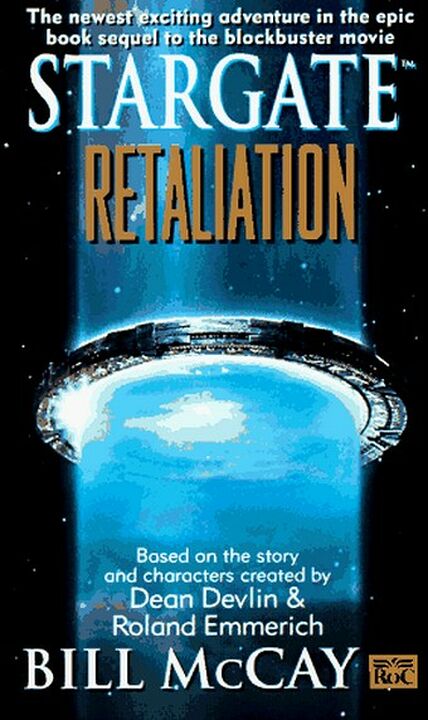 Wrath of a smitten god.

Based on the major motion picture event, the action-packed Stargate adventure continues in this explosive story of war over a planet's fate. Col. O'Neil and Daniel Jackson must now face the terrible revenge of Hathor, Ra's treacherous successor.

Rebellion gave the Abydans their freedom, but unexpected betrayal has endangered new alliances. Now, with chaos in the streets, the time is ripe for the return of the enraged Hathor and her legions. Having bided her time, she plots the reconquest of a world. And this time, she brings a weapon more awesome than any the rebels can imagine-for Hathor's bloodthirsty plans extend well beyond the... Stargate.