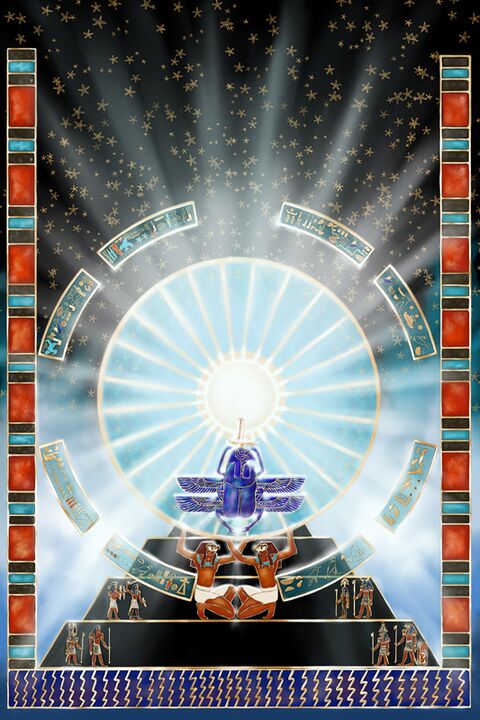 "Jack, I think this is a map of a vast network of stargates-stargates that are all over the galaxy."
- Doctor Daniel Jackson, "Children of the Gods"

In 1928, an archeological dig in Giza, Egypt, unearthed a giant ring and cover stone that had been buried for nearly 10,000 years. Decades later, disgraced Egyptologist Daniel Jackson discovers that this ring is a gateway to another planet, Abydos. However, the "stargate" is also a doorway to danger, as it was originally buried to stop a powerful alien being from enslaving ancient Egyptians in the guise of the god Ra.

This first step into the cosmos reveals a vast network of stargates throughout the galaxy and beyond, as well as Ra's species, the parasitical Goa'uld, who seek to subjugate all inhabited worlds. Earth establishes a program with the mandate to explore the vast array of planets on the other side of the stargate, while seeking allies and technical assistance in fighting the Goa'uld and freeing those already enslaved.

What began as an exciting adventure film in 1994 has endured as a multimedia franchise spanning multiple television shows and an expanded universe of licensed literature. The Stargate mythos has explored not only alien civilizations and customs, but also the human condition, politics, and morality. This anthology gathers essays examining those themes through an insightful and scholarly lens. Chevron seven is locked, and the wormhole is open and ready for you to step through ...