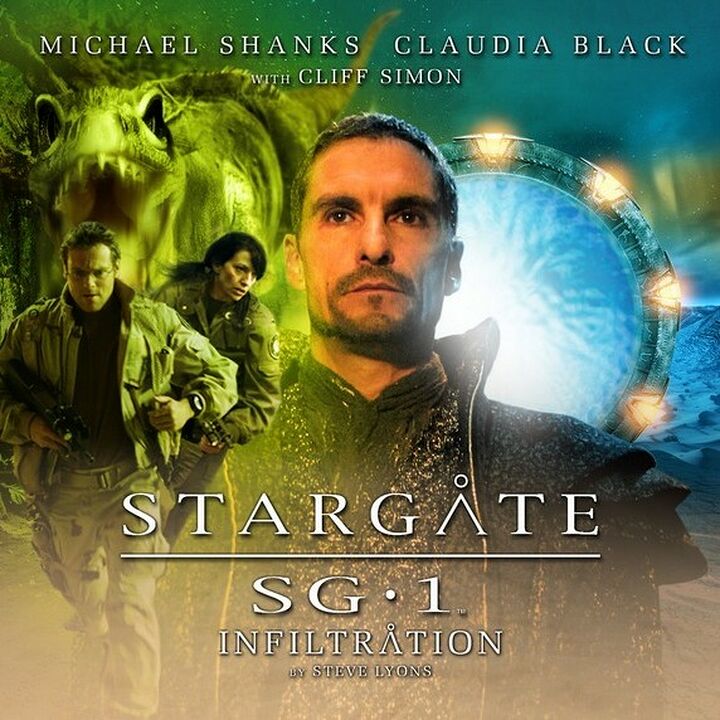 Having discovered that Ba'al has placed a clone infiltrator close to one of his old friends, Daniel accompanies the Sun Tzu to warn him of the imminent danger the clone poses.

Meanwhile, Vala enlists the aid of some of her former 'associates' to track down Ba'al and bring him to justice. But can she trust any of them to complete the mission without betraying her for their own ends?

I almost turned down the chance to write this story. You see - confession time - I never actually watched Stargate on TV.

I am a massive Farscape fan though, and here I was being offered a chance to work with one of my Farscape Heroes. So what else could I do?

I sat down with a borrowed SG-1 box set - thanks, John - and started watching from season nine, wondering how many episodes it'd take to get me up to speed.

A week, two seasons and two DVD movies later, I think it's fair to say i was hooked. And head-over-heels in love the character of Vala Mal Doran.

And now, I own that box set for myself, along with the complete runs of Atlantis and Universe, both of which I adore.

So I owe a big thanks to Jim Swallow - not only for inviting me into this brilliant new playground, but also for smoothing over those parts of my script where, still learning the ropes, I got it slightly wrong.

It's been a long wait to hear this particular story brought to life, and I'm looking forward to experiencing it in an entirely new way; as a massive Stargate fan!