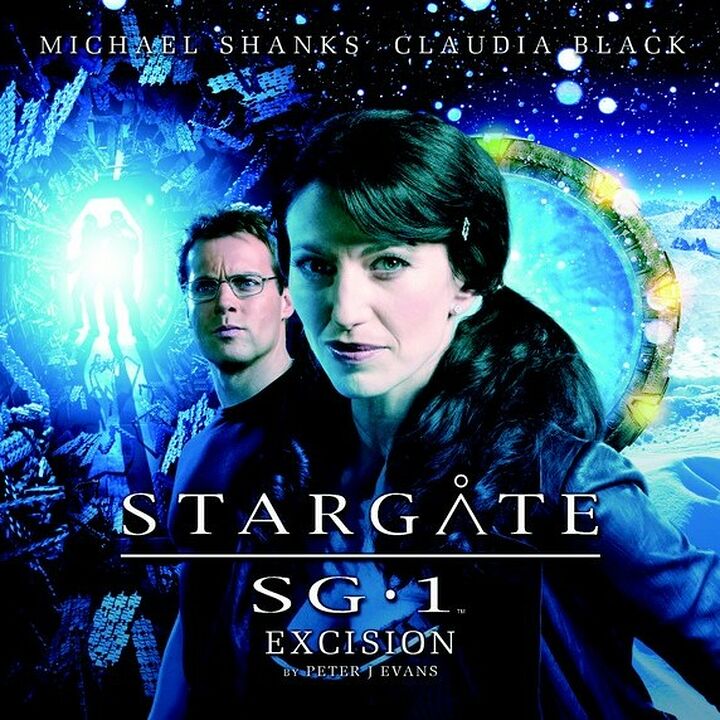 A visit to Vala's 'friend' Keto turns into a family reunion when she and Daniel are abducted by Vala's former associate Zoder and the crew of his ship, The Capital Venture.

Zoder has discovered a vast construct in space and plans to strip it of any assets it may contain. But he needs Daniel and Vala's expertise to complete the mission safely. Unfortunately, the group is about to stumble upon a secret which someone is murderously keen to keep quiet...

Alien artifacts of enormous size and complexity. The contrast between metal and flesh, and what happens when one is fused, brutally, to the other. Machines that change shape. The notion that our universe lies like a frail skin over something far older and darker and more terrible. Sharo things. Spiders.

Writing is, by nature, a solitary pursuit: our fascinations usually stay locked away, trapped safely behind the eyes, between the covers. But when I am summoned to discuss story ideas for the new series of Stargate audio dramas, these hidden horrors were what i brought with me to the table. Laying them out for all to see was a slightly unnerving experience.

As it turned out, I found myself not merely allowed to indulge my grim passions, but actively encourage to do so.

Excision is the result. I hope you enjoy listening to it as much as i enjoyed writing it.