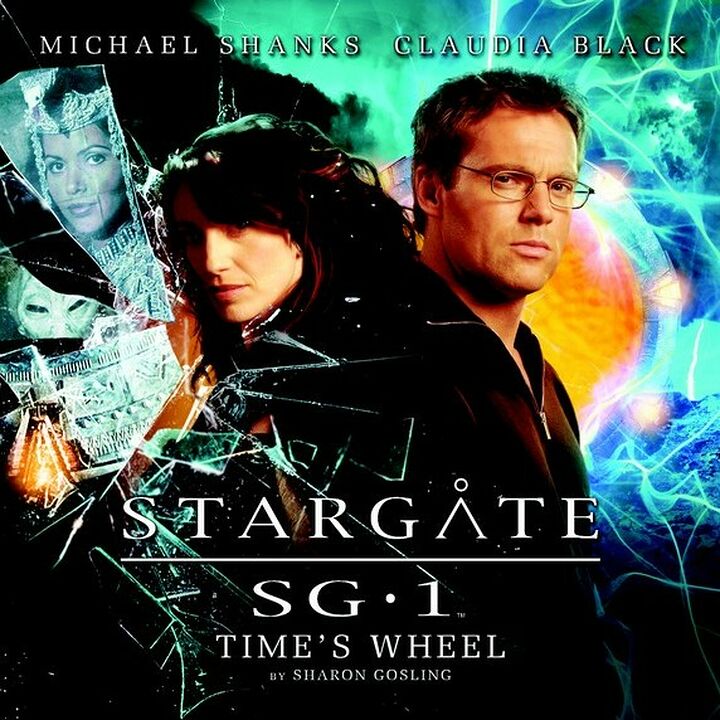 While visiting the planet Gezegen, Daniel starts to notice disparities between what he thought he knew and the world around him.

Seeking answers, Daniel gets Vala to contact the Asgard, believing they will have some insight into the changing reality. But once Daniel and Vala discover the full extent of the problem, will they be able to avert the end of the universe as they know it?

And, more importantly, will they want to?

Writing Time's wheel was one of those instances when everything just seems to come together. It really was just a lot of fun to visualise and then write, and hardly the struggle that writing a script can be at all.

Before I started, I rewatched a couple of Daniel and Vala-heavy episodes, most notably Unending, which is of course a particularly brilliant one for both Michael Shanks and Claudia Black. The voices and personalities of both characters are so strong and vibrant that all a writer has to do, really, is put them in a situation, let them exist, and write down what happens. That's pretty much what I did, trying to balance the humorous bickering that typifies their relationship with the deeper emotional currents that underlie their sparring as I went along.

I'll never tire of going back to that universe and these characters, and I hope that by the end of my story, the episode provides a fitting ending to Big Finish's excellently epic Stargate adventure.