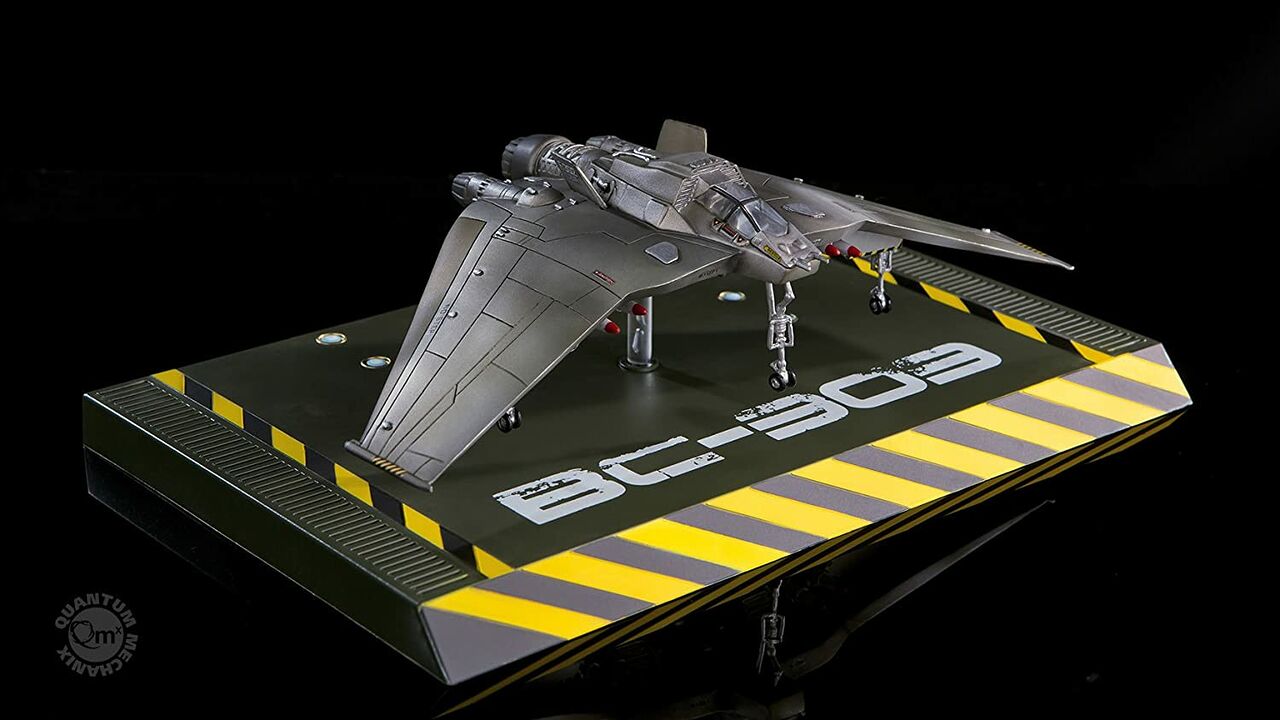 The F-302 is the culmination of Stargate Command's effort to develop a strategic fighter/interceptor with limited (intra-system) hyperspace capabilities to challenge Goa'uld dominance of the air. Based on the successful X-302 prototype, which was itself reverse-engineered from the Goa'uld Death Glider, the F-302 is Earth's first true production starfighter and is our first line of defense against extraterrestrial threats.

And now you can own your own limited-edition F-302 screen-accurate replica, taken directly from the Stargate SG-1 CGI files.

This highly-detailed, hand-painted ship model has a wingspan of 8 inches (20.3cm) and measures 4.5 inches (11.4cm) from nose to engine exhaust (roughly 1/129th scale). The F-302 comes with a 9"x6" (22.9cm x 15.2cm) diorama base modeled after the flight deck on Earth's first deep-space battleship, the Prometheus. When mounted on its stand (the fighter can be removed), the F-302 is displayed on the verge of take-off with gears down (but just starting to retract) and hovering over the flight deck.

Complete with standard armaments, the F-302 comes with four wing-mounted missiles and two nose-mounted rail guns. The two-man cockpit is visible through the clear canopy and all regulation markings are in place, including warning placards measuring as little as 2/16 of an inch (4mm).

The Stargate SG-1 F-302 Strategic Fighter/Interceptor is QMx's premier mid-scale ship replica. It is offered in an unnumbered edition of just 2,500 units.