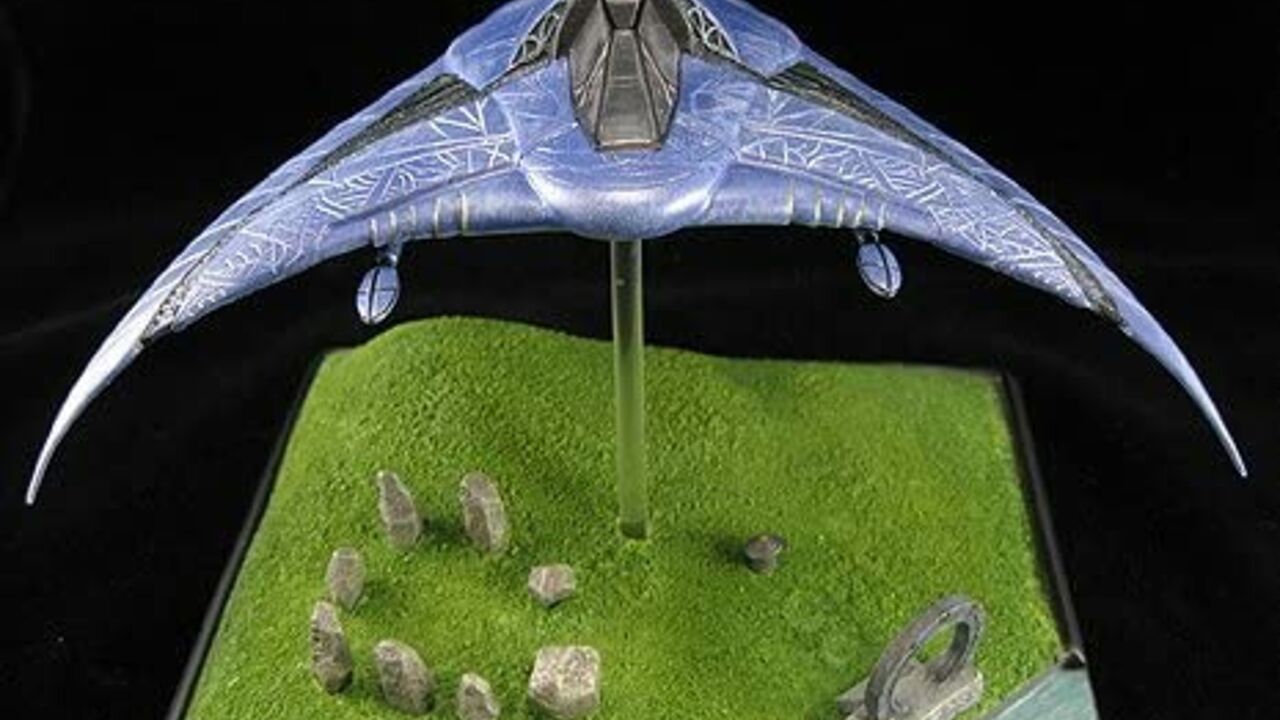 Second in QMx's series of the Ships of Stargate, this collector-scale, screen-accurate replica of the Goa'uld Death Glider from Stargate SG-1 is the most detailed model of the alien attack craft ever produced.

The hand-painted Death Glider replica comes with a detailed diorama base is cast is solid resin (it's heavy!) and features a miniature Stargate, DHD and stone circle. The diorama offers amazing detail for its scale, with some elements less than a half-inch tall yet still clearly recognizable as the set pieces they replicate.

But the detail on the base pales in comparison to the Goa'uld tactical fighter itself: Cast in polystone, the Death Glider replica comes with detailed relief carvings on the wings and body that exactly match the CGI files used to create visual effects for the show. Your Death Glider even comes with two Jaffa pilots in the cockpit, sculpted in their screen-accurate armor.

Limited to just 1,500 individually-numbered replicas (the number is printed on the underside of the base), the Collector-Scale Death Glider is being produced under license from MGM Studios and comes complete with a certificate of authenticity and ship specifications sheet.