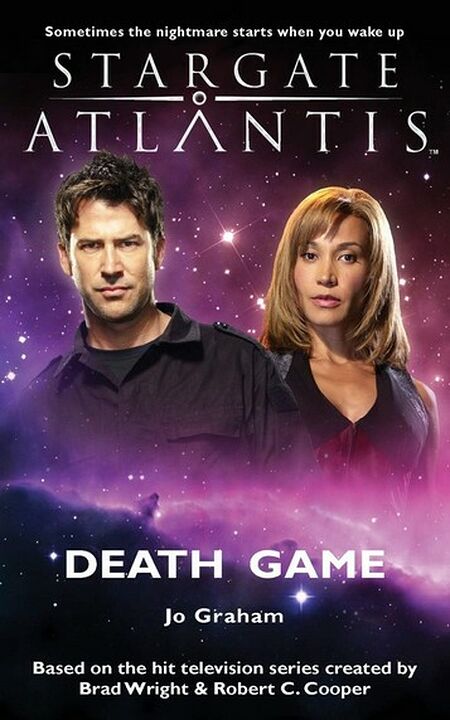 Colonel John Sheppard knows it's going to be a bad day when he wakes up in a downed Puddle Jumper with a head wound and no memory of how he got there.

Things don't get any better.

Concussed, far from the Stargate, and with his only remaining teammate, Teyla, injured, Sheppard soon finds himself a prisoner of the local population. And as he gradually pieces the situation together he realises that his team is scattered across a tropical archipelago, unable to communicate with each other or return to the Stargate. And to make matters worse, there's a Wraith cruiser in the skies above...

Meanwhile, Ronon and Doctor Zelenka find themselves in an unlikely partnership as they seek a way off their island and back to the Stargate. And Doctor McKay? He just wants to get the Stargate working...

"Something's not right about this."

"I share your sense of unease," Teyla said. John had spoken the words that were behind the creeping sense of wrongness she felt. "I have seen other worlds with as much, but they were in fear of the Wraith. They had precautions, plans. These people do not even seem to know what we mean. Why have the Wraith not come?"

Teyla picked up a piece of fruit and continued. "There are, for better or worse, three responses to the Wraith. To hide, as the Genii do, and hope that the Wraith will not discover the extent of one's civilization. To defy them and fight, as the Satedans did. Or to disperse and give them no targets, as my people did. All of the peoples of this galaxy that I have met do one or another of these. These people..." Her voice trailed off as the barge came upon another large stone wharf, passing a barge that lay tied up beside it, cattle being loaded aboard. "These people are a puzzle."

"Something's rotten," John said. "I don't like it." He took the radio from his pocket. The light flashed standby.

"You will try to call them again?"
He shook his head. "The battery is low. And we'll hear them when they call us in range."

"Surely by now they are looking..."