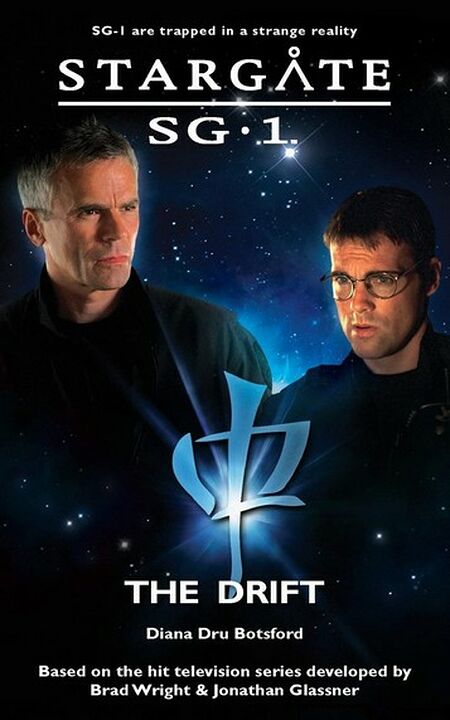 But when a natural disaster hits Antarctica, the future of the Ancient outpost - and of Earth itself - is thrown into jeopardy. Yet again, Earth's fate lies in the hands of SG-1, but this time the team are lost and powerless to help. Trapped within a strange reality, SG-1 encounter old friends and enemies as they struggle to escape and stop the Ancient cataclysm that's threatening to destroy the planet.

Daniel stepped to the edge of the platform. "Jack, what's going on?"

"We're gating out of here, that's what." Jack rushed over to the DHD. "We'll head to the Alpha site."

"Wait a minute!" Daniel ran down the platform steps. Sam and Teal'c followed close behind. "Don't we want to figure out where 'here' is, first?"

"Not really, no." Jack jabbed a finger in the air. "Someone's playing games with us and I'm not in the mood."

Someone needed to calm their normally fearless leader fast.

Fortunately, Teal'c took the fall. "O'Neill, have you any memory of -?"

"Sir, I remember who I am." She gestured at Jack, then Daniel and Teal'c. "I remember all of you, but -"

"Yeah, I'm having trouble, too," Daniel said. "My long-term memory's fine, but short-term's -"