Murder at the SGC 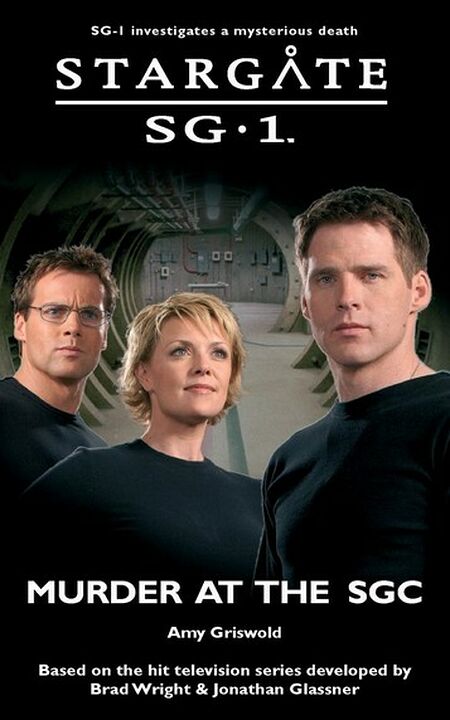 A civilian contractor has been murdered at Stargate Command. Colonel Mitchell and SG-1, off-world at the time of the crime, are tapped by General Landry to investigate the death before it draws unwelcome attention from the Pentagon.

While Mitchell, Vala and Teal'c return to the SGC, Daniel Jackson and Colonel Carter continue their search for the Sangraal. But when it becomes clear that SG-1 are not investigating a simple murder but a conspiracy that extends well beyond the SGC - and Earth - the whole team becomes ensnared in a complex and deadly mystery.

In this gripping adventure, SG-1 follows the tangled trail from victim to murderer and the team finds itself and the entire SGC in grave danger...

"What we know for certain at this point is that Dr. Oliver died of targonine poisoning," Landry said, and Carolyn nodded assent.

"The poison on the weapons he was working with killed him."

"I really wish we were," Carolyn said after a pause that hung in the air just a little too long. "Certainly that's what I thought when I first examined him. I just couldn't find any signs of a scratch or a cut. Targonine isn't absorbed through the skin - it would have to either get into his bloodstream through an open wound or be ingested. Which was my next theory, but I still couldn't figure out how he'd gotten the poison into his mouth. Not until we got back the lab results on the coffee he was drinking. We sent it in just as a routine thing, just so we didn't leave any stone unturned. As it turns out, that was a very good thing."

"There was poison in his coffee?" Vala prompted, when it seemed as though someone was going to have to.

"Enough poison that it couldn't possibly have gotten there accidentally," Carolyn said. "Based on our analysis of what was left in his cup, I think someone must have scraped off the sticky residue from part of the weapon and stirred it into the coffee."

"Wouldn't he have tasted it?" Mitchell asked.