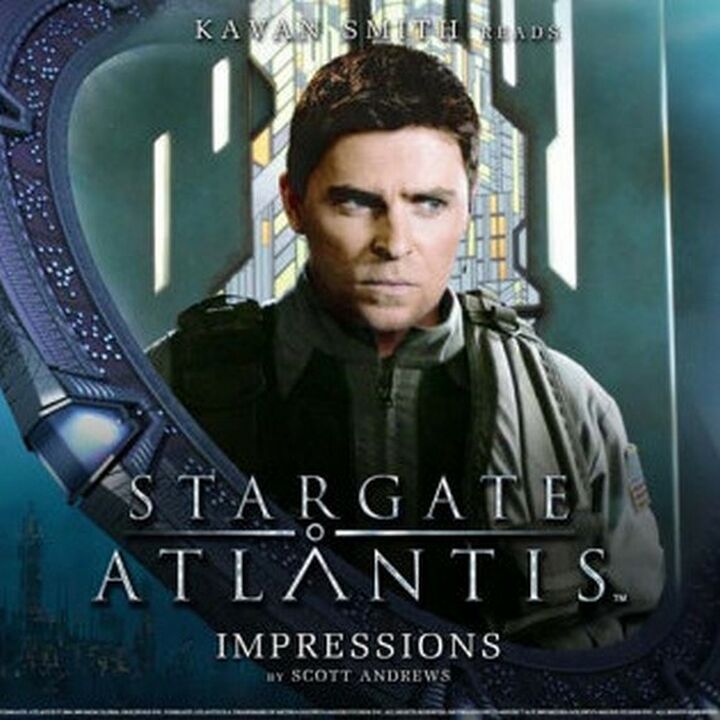 "I've painted this city from every angle - inside, outside, day, night. I suppose you could say I'm trying to tell its story."

Plagued by blackouts, painting strange pictures in his sleep, Major Evan Lorne begins to fear that he's losing his mind. Has the stress of life in the Pegasus galaxy pushed him over the edge? Then, when Atlantis itself begins to behave strangely, the Major wonders if something else entirely is going on. But with his behavior becoming increasingly erratic, who can he trust? And can the soldier convince his colleagues that the answer lies in his paintings?

When I was still young enough to remember to wear shorts, my Grandfather, Vic, and I would improvise 'radio' adventures and record them onto cassettes, many of which I still have; I was Watson to his Holmes, Jim Hawkins to his Long John Silver.

During the war he was an inspector of vehicles for the Ministry of Defence, up to his elbows in gears, grease and military hardware five days a week. But he was always a painter who loved nothing more than to take off to the countryside with an easel, canvas, brushes and paints.

When the opportunity arose to write for Atlantis, it was Lorne I was most excited to write about. The idea of a soldier who is also a dedicated and talented artist echoed that chapter of my Grandfather's life, and offered a wealth of material to explore.

Kavan Smith was also excited by the idea of delving deeper into Lorne's artistic side, so I was given the go. The secret was to find an exciting story that could only have been told using Lorne, one in which the paintings drove events and, ultimately, resolved them.

I would like to think that Vic, the part-time artist who taught me the joy of a thrilling adventure tail, would have enjoyed this story. I couldn't have written it without it.