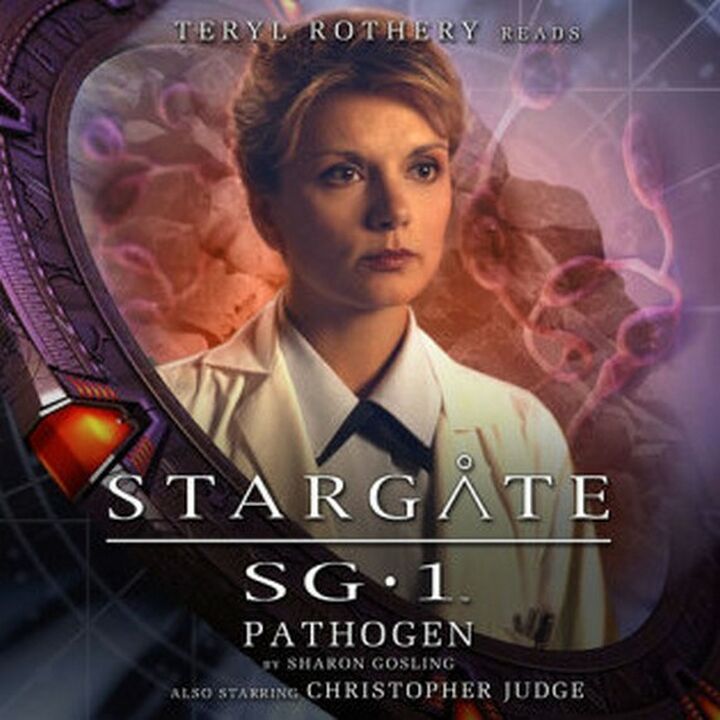 SG-1 runs into trouble when they trigger a Goa'uld trap meant for grave robbers. Infected by an unknown pathogen, Colonel O'Neill orders the team to stay put and sends for help. It arrives in the form of Doctor Janet Fraiser. But when did any rescue ever go smoothly for Stargate Command's flagship team - or their intrepid Doctor?

I've always loved the character of Janet Fraiser - she's smart sassy and brave, but always exhibits extraordinary compassion. The two-part episode Heroes is one of my all-time favourite SG-1 stories, and even though it was painful to see the character's demise, I can't imagine a better illustration of her role that Fraiser filled at Stargate Command. The chance to bring her back was too good to miss, and since I always enjoyed the scenes that Fraiser and Teal'c shared the screen, it was a great opportunity to have them both together. I think Teal'c obvious respect for this plucky woman also speaks volumes about her character - she may be tiny, but maybe even Teal'c would think twice about picking a fight with her.

Working with Teryl Rothery and Christopher Judge on this was a pleasure and a privilege, and I hope you enjoy listening.