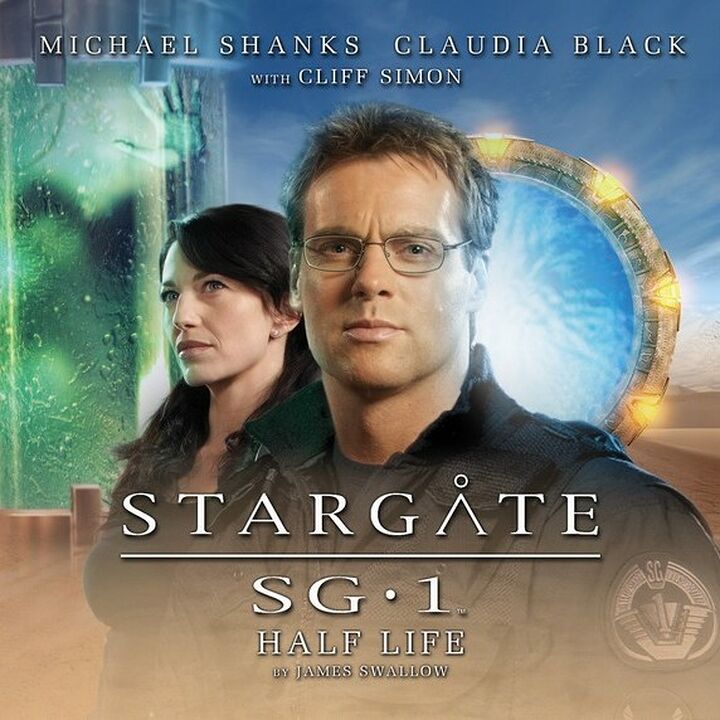 Daniel Jackson is in custody for a crime and no one believes he is innocent - because of his guilt.

Luckily, one person is willing to give him the benefit of the doubt.

Can she clear Daniel's name and help him discover what's really going on?

It's great to go through the gate once again; when Big Finish asked me to take on the role of script editor for the third series of Stargate audio books, I leapt at the chance - and the first thing I did was make sure I got to write the opening episode! Where before we've told individual, standalone tales, this time we're creating full-blown serial stories, and it was a blast to team up with Michael Shanks and Claudia Black once more for Half Life, after I had so much fun writing for them in series one's Shell Game.

One concept for these new audios was to write the stories like a spin-off series from Stargate SG-1 - essentially Stargate: Danial & Vala! - and it's been an incredible experience working with talented writers and actors to bring the to life.

Half-Life starts the new series with a bang, pitting our heroes against the arch-villain Ba'al (with Cliff Simon reprising his signature role) and has a sinister-plan to destroy Stargate Command.

Daniel Jackson and Val Mal Doran are forced to confront a terrible event and discover a dark truth that threatens Earth, and everything the SGC has accomplished...