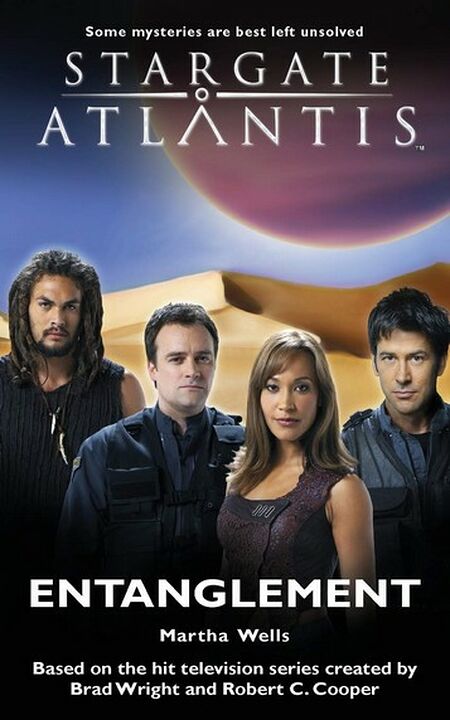 When Dr. Rodney McKay unlocks an Ancient mystery on a distant moon, he discovers a terrifying threat to the Pegasus galaxy.

Determined to disable the device before it's discovered by the Wraith, Colonel John Sheppard and his team navigate the treacherous ruins of an Ancient outpost. But attempts to destroy the technology are complicated by the arrival of a stranger-a stranger who can't be trusted, a stranger who needs the Ancient device to return home. Cut off from backup, under attack from the Wraith, and with the future of the universe hanging in the balance, Sheppard's team must put aside their doubts and step into the unknown.

However, when your mortal enemy is your only ally, betrayal is just a heartbeat away...

The jumper spun sideways and then end over end. The inertial dampeners didn't go out, but the view flipped crazily in the port, the ground changing places with the sky. John heard the collective gasp, but the rumble was already dying away. He felt the yoke ease up and brought them smoothly out of the spin, taking them up and away into the upper atmosphere.

John let his breath out, feeling sweat break out all over his body. He looked back at the others. Teyla was gripping the arms of her chair, Rodney's hands had left permanent dents in John's shoulders, Zelenka looked faint and was holding hands with a very pale Miko. Ronon just looked impressed, but he was gripping the hatchway tightly. John said, "Everybody okay?"

"We were upside down," Zelenka said weakly. Miko patted his arm.

"I think we are well." Teyla looked up at Rodney, her brow furrowed in concern. "What was that?"

John twisted around to see that Rodney's face was white with shock. Rodney's throat worked and he said, "It's unstable. That sensor spike, right before the blast-

Miko stared at him blankly, then gasped in horror. Zelenka took a sharp breath, shaking his head, saying, "No, no, Rodney, it cannot be."