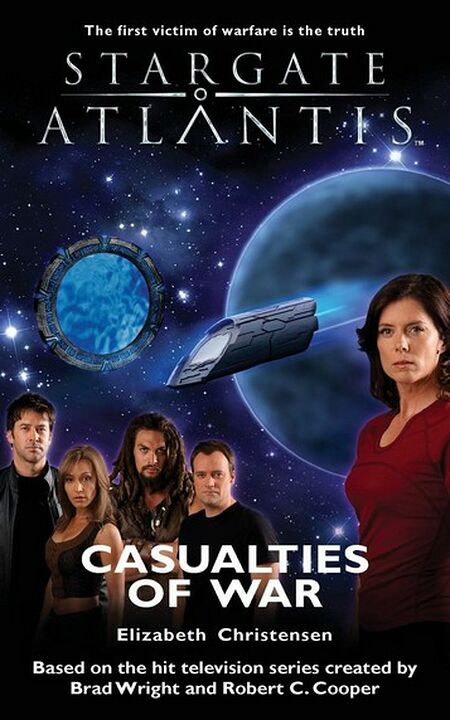 It's a dark time for Atlantis. Following the first Asuran clashes, Colonel Sheppard is buckling under the strain of command. When his team discovers Ancient technology which can defeat the Asuran menace, he is determined that Atlantis must possess it-at all costs.

But the involvement of Atlantis heightens local suspicions and brings two peoples to the point of war. Elizabeth Weir believes only her negotiating skills can hope to prevent the carnage, but when her diplomatic mission is attacked-and two of Sheppard's team are lost-both Weir and Sheppard must question their decisions. And their abilities to command.

As the first shots are fired, the Atlantis team must find a way to end the conflict-or live with the blood of innocents on their hands...

"Don't just stand there and tell me it can't be done. Find a way!"

Bristling, Rodney fired back. "What, so if I acknowledge reality, that somehow means I care about Ronon and Teyla less than you?"

"Both of you, stop it," ordered Carson with a vehemence he rarely showed. It made an impact; Rodney's mouth snapped shut. With that hard set of his jaw, his own sadness and frustration became visible at last.

The doctor finished bandaging John's forearm before speaking again, more gently. "Listen to yourself, John. What are you really hoping to find?"

"I don't know! But what's our alternative? Just let them go, forget about them?"

"Forget about them, certainly not," Carson replied, his voice solemn. "Let them go...aye, lad. I'm afraid so."

John scrubbed a hand over his jaw, fast running out of rational points to make. Hell, he was starting to run out of irrational ones. All he had - all he knew - was the fact that his teammates were out there, and it went against everything he held fundamental to leave them, whether for an hour or forever, where they lay.

Where his mistake had led them. He'd sent Rodney's group off unarmed, and this was the result.

"God damn it," he whispered.