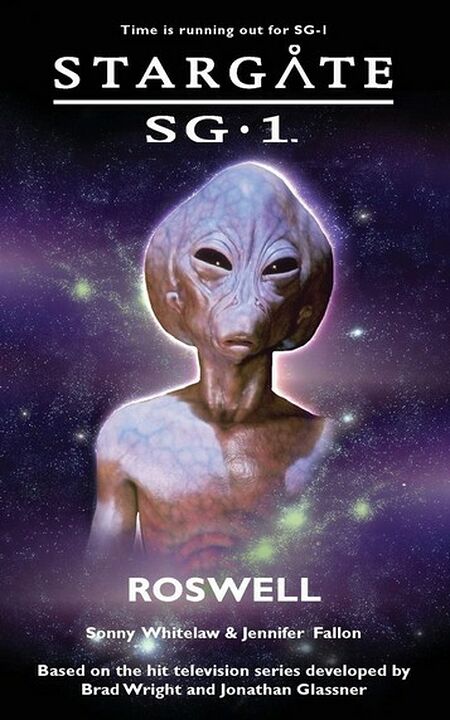 When a Stargate malfunction throws Lieutenant Colonel Cameron Mitchell, Dr. Daniel Jackson, Lt. Colonel Sam Carter, and Teal'c back in time, they only have minutes to live.

But their rescue, by an unlikely duo - Major General Jack O'Neill and Vala Mal Doran - is only the beginning of their problems. Ordered to rescue an Asgard also marooned in 1947, SG-1 find themselves at the mercy of history. While Jack, Daniel, Sam and Teal'c become embroiled in the Roswell aliens conspiracy, Cam and Vala are stranded in another timeline, desperately searching for a way home. As the effects of their interference ripple through time, the consequences for the future are catastrophic.

Trapped in the past, SG-1 can only watch as their world is overrun by a terrible invader...

"You." The lieutenant's nightstick swung around in an arc. He stabbed it in Daniel and Jack's direction as he approached them.

"Who? Us?" Jack said, adopting a well-practiced expression of cluelessness that worked so rarely, Daniel wondered why he bothered to try it on anyone.

"Where do you live?"

"Colorado," Daniel replied, before Jack could get too carried away. "We're just passing through town, lieutenant."

"But there's so much to see," Jack said. "Little green men, and flying saucers... Oh, and arresting innocent citizens eating in a diner."

"Jack!" Daniel hissed in warning, but it was too late. The damage was done.

The MP's eyes narrowed dangerously. "Wise guy, huh?" The lieutenant grabbed Jack by the arm. "Outside. The both of you. You're coming, too."