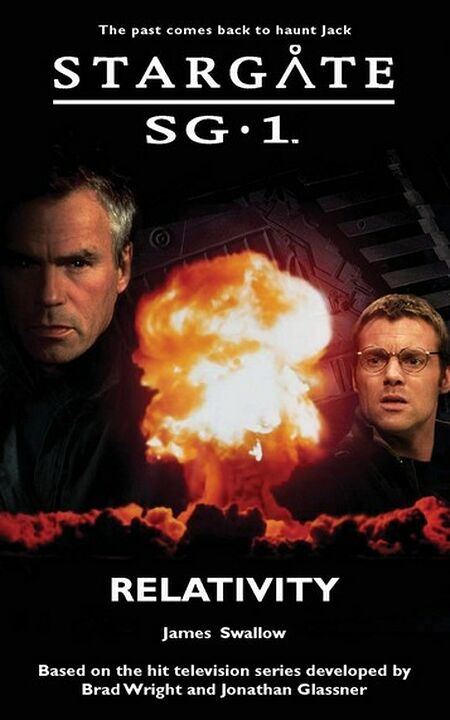 When SG-1 encounter the Pack - a nomadic space-faring people who have fled the Goa'uld domination for generations - it seems as though a trade of technologies will benefit both sides.

But someone is determined to derail the deal. With the SGC under attack, and Vice President Kinsey breathing down their necks, it's up to Colonel Jack O'Neill and his team to uncover the saboteur and save the fledgling alliance. But unbeknownst to SG-1 there are far greater forces at work - a calculated revenge that spans decades, and a desperate gambit to prevent a cataclysm of epic proportions.

When the identity of the saboteur is revealed, O'Neill is faced with a horrifying truth and is forced into an unlikely alliance in order to fight for Earth's future...

Back in the tunnel-like corridor, Jack and Daniel made their way down the passageway. The alert sirens were sounding as the detachments made their way through the open wormhole to the Pack's rendezvous point.

"You think Teal'c might be right?" O'Neill asked the question without looking at the younger man.

"What, are we going to break out the thumbscrews, Jack?" The scientist pinched the bridge of his nose. "Come on, I mean 'forceful application'? He was talking about torture.'

O'Neill shot him a look. "Teal'c's been on the wrong end of a Goa'uld pain-stick enough times to know what it's like, Daniel. And I had my fair share too. It's not something he'd say lightly."

"I can't believe we're even having this conversation." Jackson shook his head.

"I didn't say we were gonna stretch her on a rack, damn it!" The colonel's temper flared briefly. "But we might have to ask some hard questions. I'm thinking we could call in the Tok'ra, maybe use that mind-scanner gizmo they got."

Jack stopped and looked the other man in the eye. "Hey!" He snapped his fingers in front of Daniel's face. "Hey, Space Monkey! Look at me! What's goin' on? This woman lied her ass off to you, she tried to blow us all up, and here you are stepping up to defend her? Am I missing something?"