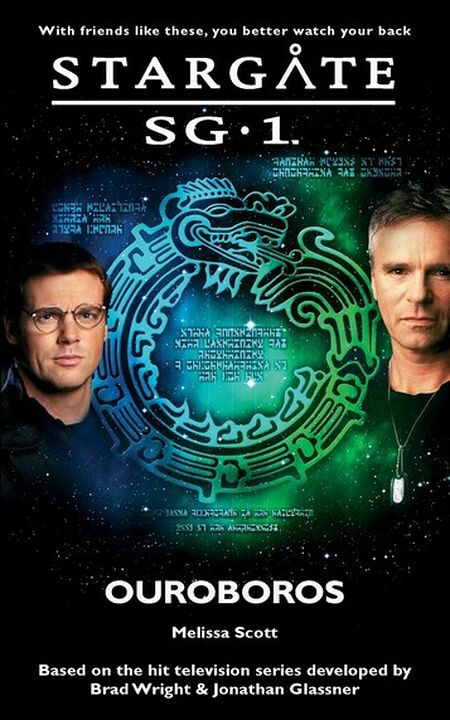 When Dr Daniel Jackson discovers the location of a lost Ancient laboratory, the temptation to investigate proves impossible to resist...

In the lab, he uncovers a powerful device - a prototype technology designed by the Ancient inventor, Janus, to supersede the Stargate network. But when the Ouroborus device accidentally activates, it strands General O'Neill and his team on a dangerous new world where friends are not always friends and a terrible enemy is stirring.

Now all SG-1 have to do is survive long enough to find their way home...

There was a thrashing from the grass behind her, and Daniel joined them, his eyebrows rising as he took in the stone and its markings.

"What?" Sam gave him a wary glance. "The snake that eats its own tail." Daniel moved further along the side of the stone slab, studying the carving. "It's a symbol for infinity, and also for alchemy, for the transformation of base matter into gold, or matter into energy. And also -"

He looked over his shoulder, his smile suddenly mischievous.

"In Earth's mythology, it's associated with the god Janus."

"Oh, come on," Sam protested, but it made a certain amount of sense. Everything they'd seen of Janus so far suggested that he was just that arrogant.

"If he went to all this trouble to hide his secret lab, why would he carve his name on the front door...?"