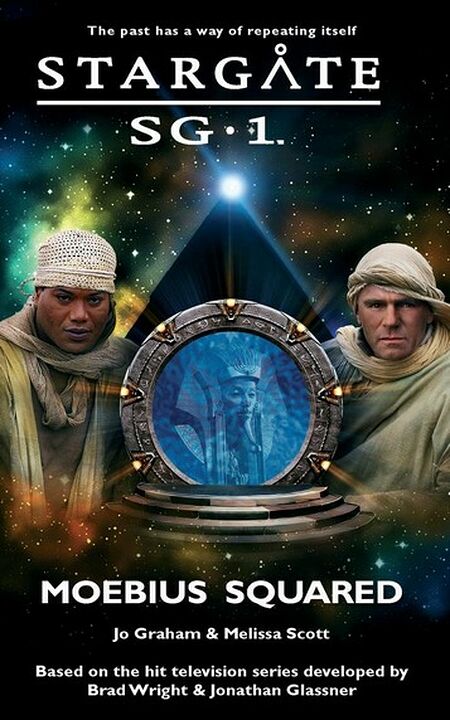 In search of Egeria, the Tok'ra queen, Cameron Mitchell's team travel back to Ancient Egypt where they find another version of SG-1, trapped in the past after helping the Egyptians overthrow Ra...

"SO THIS..." Cam gestured to the machinery. "This can only move us backwards and forwards in our own timeline."

"That's my best guess," Sam said. She pushed her bangs back out of her face. Her hair had grown out and was now caught in a ponytail at the back of her neck. "Just like Janus' puddlejumper."

"I don't even want to think about that thing," Daniel said. "Or anything else to do with Janus." He winced.

"Damn right." Daniel had only been out of the infirmary for two weeks since his latest brush with one of Janus' inventions. This one had gotten him kidnapped and electrocuted.

They all spun around as the gate began to activate.

"Firing positions," Cam said, crouching down beside the control panel. If someone were making a grab for Ba'al's facility...

The wormhole opened and stabilized, a glittering puddle of blue. Cam's radio crackled. "SG-1, this is Stargate Command. You are to return to Earth immediately."

"What the...?" Cam chinned his radio on. "Stargate Command, we still have a lot to do here. Colonel Carter..."